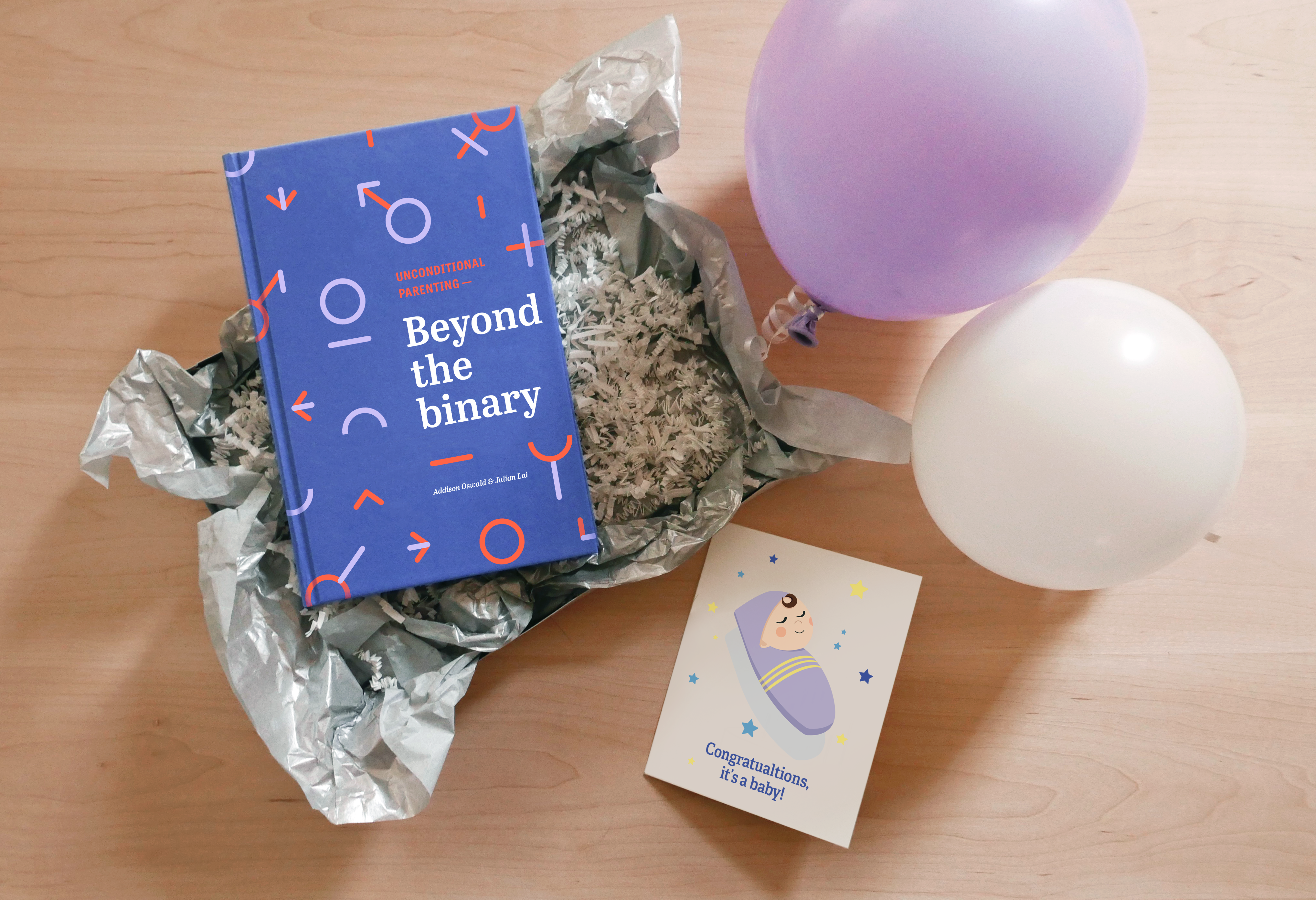 Beyond the binary is an imaginary gift set a new parent might receive during a baby shower or a similar celebration. Through subtle details and language, I wanted to show the potential future where children are raised gender-neutrally, allowing them to explore their gender identity on their own, without the influence of gender stereotypes and social biases.

As I was exploring what influences people’s understanding of genders, it became clear that most gender stereotypes linger from childhood, where media and toys force perceptions of gender. With the world leaning towards gender fluidity, I was interested in how parents and educators can allow children to grow up in a gender neutral way and help them transition happily into adulthood. I believe that if parents are provided with tools to teach them about the journey of gender neutrality in childhood they will be more equipped to help their child understand the nature of biologic and psychologic gender, as well as understand that while those are certainly related, they are not implicit of one another.

You can read my full reflection here. 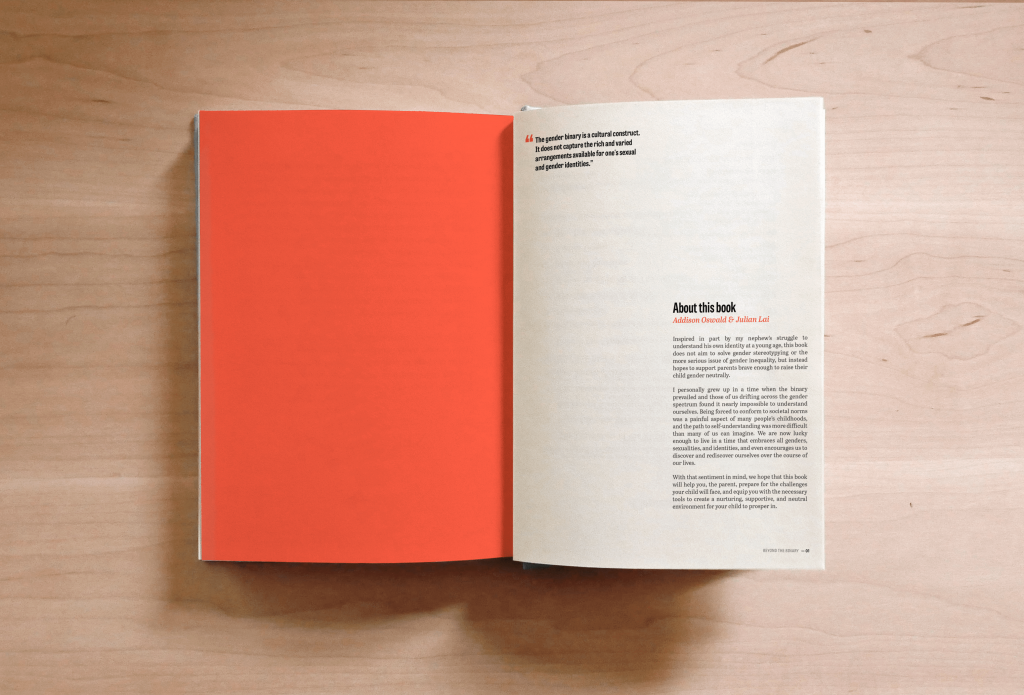 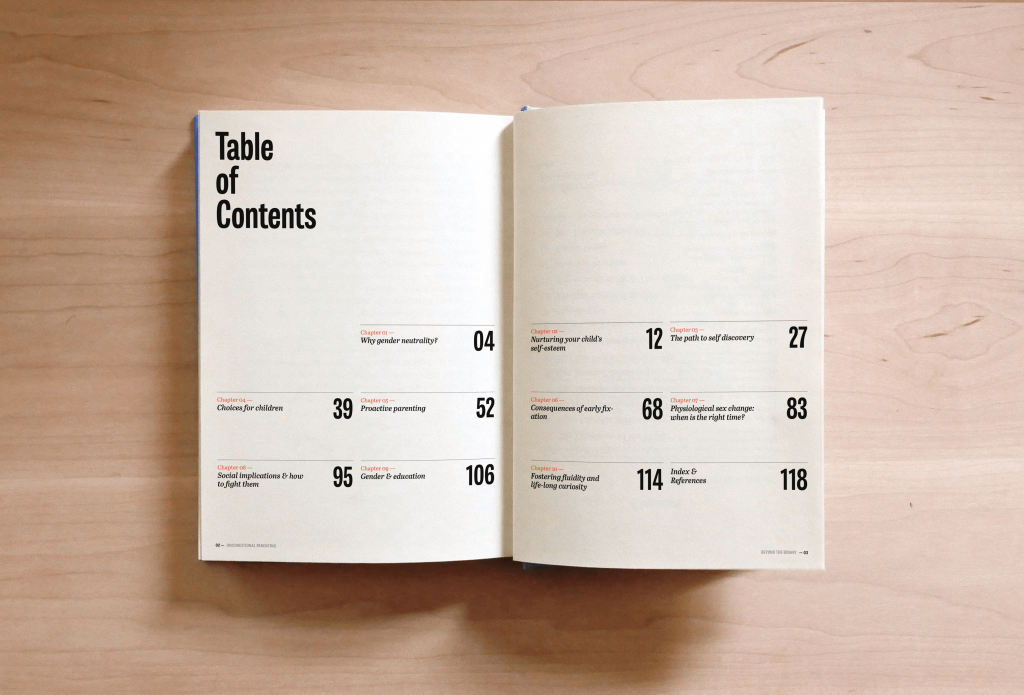 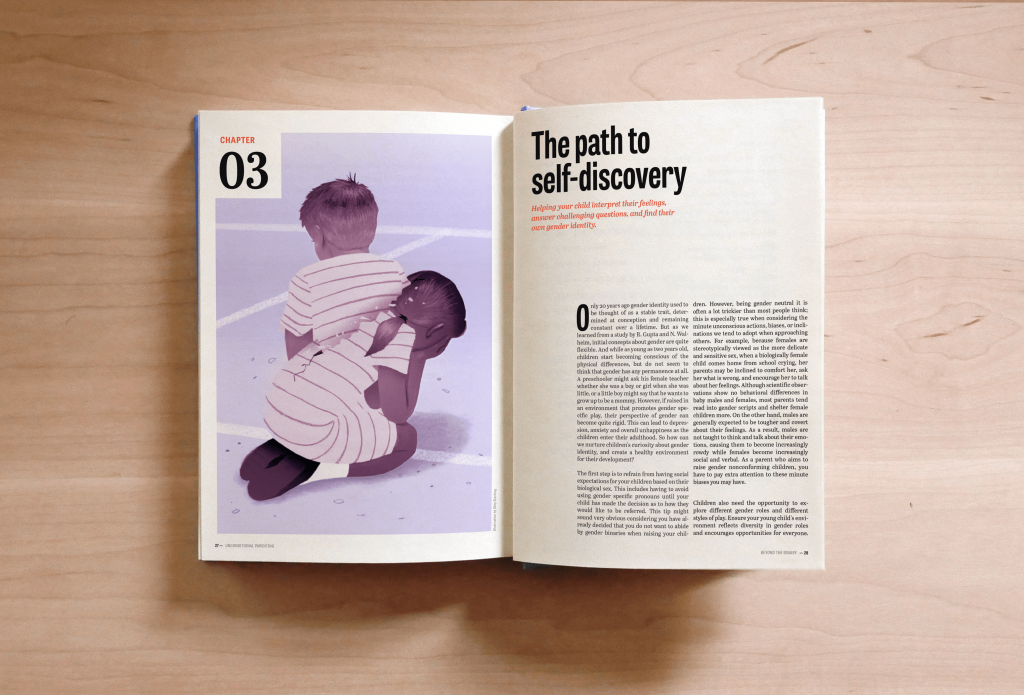